Ever since Victoria 7 was released, there has been a lot of chatter about her. This girl definitely made a big splash. The two key improvements of V7 or the Genesis 3 figure that I am most excited about are better articulation and enhanced facial expressions.

However, some argue that she is nothing special, and similar results can be achieved as a morph on G2F. Others acknowledge that there are certainly posing improvements. However, those do not justify yet another generation figure, a mere 2 years after the release of G2F.

Here, I talk about my own experiences with Victoria 7, what I like, some of the difficulties I encountered, how much extra bucks I would have to spend, and most important of all, whether I think V7 is worth the money spent. 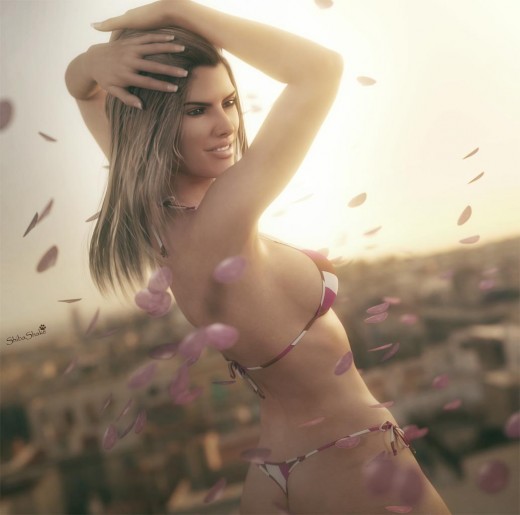 I don’t usually buy base figures when they get released. I know that if I am patient and wait a few months, I can probably pick things up at a much better discount. However, as soon as I saw Vicky 7, I was very tempted to get her right away. The promo images and the expression packages look absolutely fantastic!

After agonizing over it for 1 day, I got the base figure and Victoria 7 Attitude Expressions by Cake One. I figured that at the very least, I get a “good morph” and a good Iray skin.

The first thing I noticed when playing around with V7, is that the enhanced expressions make a big difference to my renders. A good expression can make a so-so render into a good one, by making the piece more expressive and realistic. Some images are made, just by an expression.

Since I most enjoy doing figure based pieces, the enhanced expression in G3F is a BIG win for me. 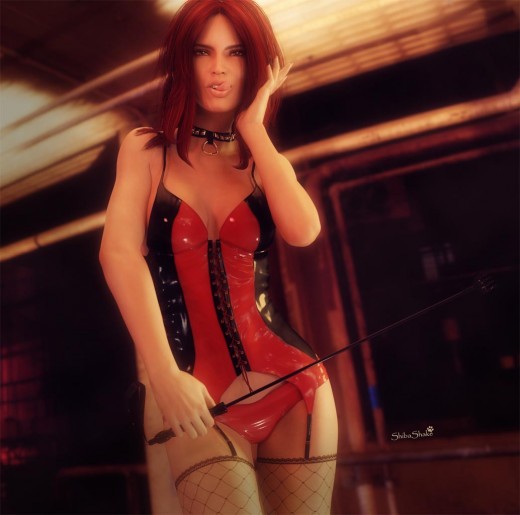 The enhanced expression in G3F is a BIG win for me.

Another happy surprise is that clothes seem to transfer quite well. I fit V4 and Genesis clothing on a G2F figure first, and then refit that onto Victoria 7. The only items that I had problems with so far are some G2F boots, which get all twisted when auto-fitted onto V7.

Hair also works pretty well, as long as it comes with enough adjustments to move things around based on the figure pose. I just use the hair as a prop, parented to my figure’s head.

This is super great news because I can focus my Daz bucks on expressions and perhaps a bit on new poses. 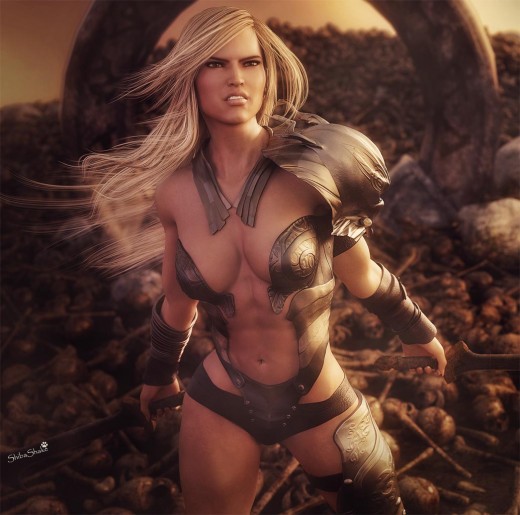 4. Doesn’t take too much to get started with G3F

The G3F base figure comes for free with Daz Studio 4.8. However, as with previous base figures, it doesn’t look very good. Therefore, getting Victoria 7 base was necessary for me. At the start, I got –

These four products were sufficient to start generating images that I am quite happy with. 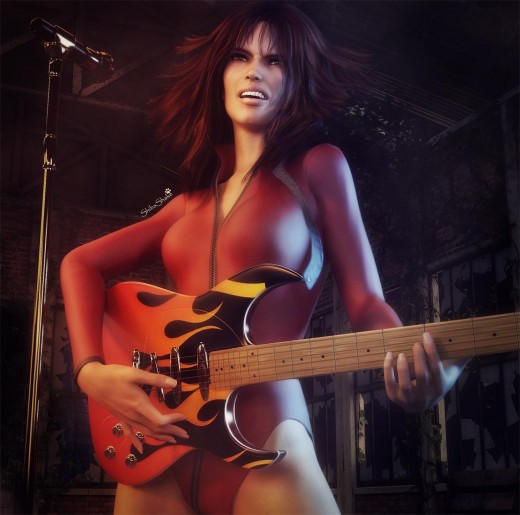 Doesn’t take too much to get started with G3F.

1. Old poses need to be converted

Because of changes in the rigging structure of Genesis 3 figures, old poses will generally *not* work very well. However, there are already two different converters (one by Zev0 & Draagonstorm, and another by 3D-Universe) that allow us to easily upgrade our G2F poses for use in G3F. In addition, Zev0 is working on a batch converter for V4 poses into G2F. Therefore, with these two converters, we can ultimately transfer V4 poses for use in G3F.

However, as expected, the converted poses will not work as well as the original. I usually need to tweak each converted pose that I use, some more than others. I prefer the results that I get when I do not unlock the ZForearm (Z-unlock). As a result, I need to manually get the arms into the right position myself, which takes up more time. Not surprisingly, I get the best results when using poses that are crafted for V7.

If you want even more accurate hands, we discovered that the G1 to G2 hand preset from Handy Dandy (for Genesis2) works really well on the converted poses for Genesis3.
~~[Zev0] 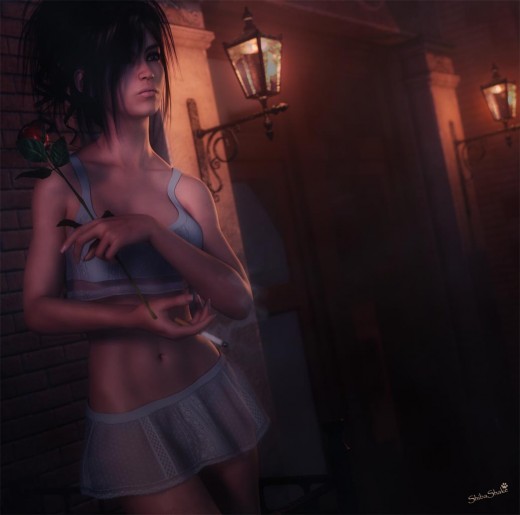 Old poses need to be converted, and those will not work as well as the original.

Not surprisingly, old generation skins and character morphs are not going to transfer. It is still early though, so perhaps converters will be created for these at some later date.

Even though the startup cost is not too great, there is no denying that we would need to spend additional money getting characters, poses, and expressions that are designed for G3F, to get the best results.

If you look at the Victoria 7 product page, only DAZ Studio 4.8 is listed in Compatible Software. At the current moment, Victoria 7 and Genesis 3 are not supported in Poser.

I do not know what the actual details are for figure compatibility here. According to a comment on this Renderosity thread, it would require some non-trivial updates from Poser.

To even attempt a DSON version would require Poser support industry standard dual quaternion skinning, which is how Genesis 3 is rigged. Note that is just one of the things blocking a DSON version, though it is the most obvious.
~~[bhoins]

I haven’t seen anything on this from either DAZ3D or Smith Micro. 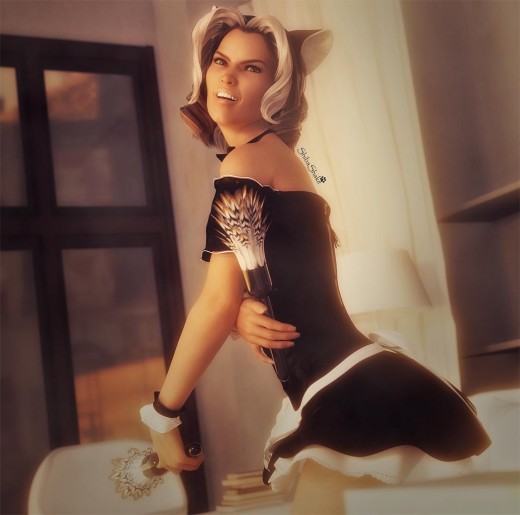 Personally, I rather like Victoria 7 and for me, the good outweighs the bad. I like the renders I can make with her, and I think they look more realistic than my older renders. My startup costs weren’t too great, and I am already pretty happy with what I can render so far.

However, art is subjective, and results are going to vary depending on art style and composition.

What do you think of Victoria 7? Are there big advantages or disadvantages that I missed? If so, please share them with us in the comments section below. 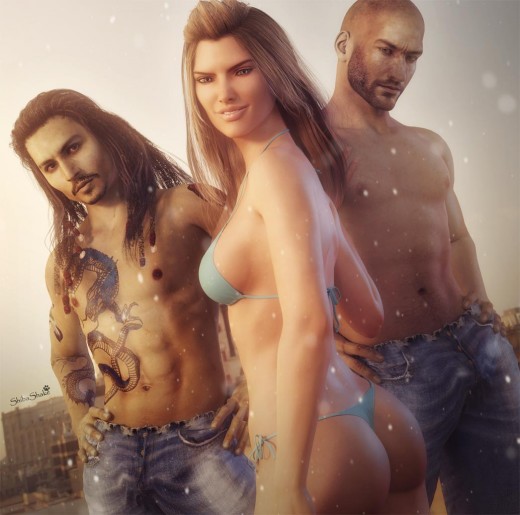 What do you think of Victoria 7?