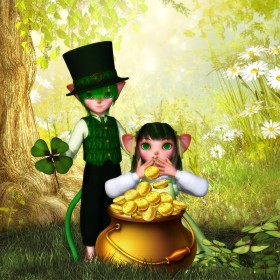 Happy Saint Patrick’s Day! Saint Patrick is the patron saint of Ireland. He was originally taken as a slave to Ireland but managed to escape after six years. Some years later, Patrick had a vision about the people of Ireland – I saw a man coming, as it were from Ireland. His name was Victoricus, […]