First of all, thank you all very much for participating. We got over 40 comments, so we are very happy with the response.

Many of Fred Winkler Art’s products were cited as favorites, so as many have expressed, it is difficult to pick a favorite or even a small number of favorites because Fred is such a super-star! 😀

When it comes to 3D models the most often created are naturally at both ends of the appearance spectrum – beauties and monsters. And FWSA does both ends very well, , for example, Gillian HD for Victoria made very nice beauty renders, and the Incubus expansion for Sebastian HD made a good devil.
~~[Lyam]

From going over the comments, I would say that FW Alfred and his Finery and the Mermaid sets were probably most frequently mentioned.

In terms of future items, there were some common trends, including-

In the future, I would like to see more makeup options for individual characters that are geared toward different looks as opposed to variations in color. This helps a character get more re-use, which adds value.
~~[Alex Ledante]

And the Lucky Winners Are …

We will also be giving $10 GCs to Lyam and Alex Ledante for their wonderful comments!

There have been some great new releases on Daz3D recently, including some fun sales. My two recent favorites have got to be the NeoIndia Outfit and Hair Bundle and Wolf 2.0 by AM. In addition, Thanksgiving is just around the corner and Christmas is coming up so it seems like a great time to have a Daz gift certificate raffle! 😀 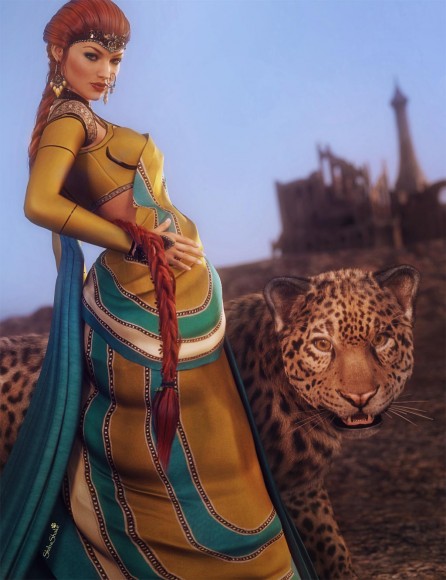 Featuring NeoIndia Outfit and Hair Bundle by Arki and Shox-Design

My favorite products are Laguna-FWSA Indigo and Jade Mermaid Fantasy Bundle and FWSA Gillian HD. I love the two mermaid girls, and the fantasy skin texture is extremely useful. In addition to mermaids, I can also use it for other female fantasy characters, devils, imps, and more. For my more realistic looking compositions, I like using Gillian. She is beautiful, sexy, and looks great in a variety of outfits and hairstyles.

For the future, I would love to see more anime inspired characters, especially mature males. 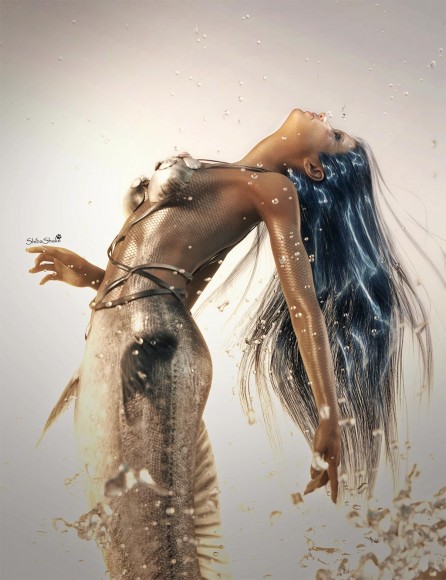 Thank You All for Participating!

Thank you all for participating! We got some great comments, and had a lot of fun.

If you haven’t seen it yet, check out Fred’s new Egyptian Bundle! It is a themed mega-bundle with two characters, two outfits, hair, poses, and lights. Exactly what many of us asked for! So thank you Fred Winkler Art, SWAM, Fisty & Darc, Lilflame, Sabby, Sedor, and Sveva.

If you like creating images, we also have a monthly image contest. 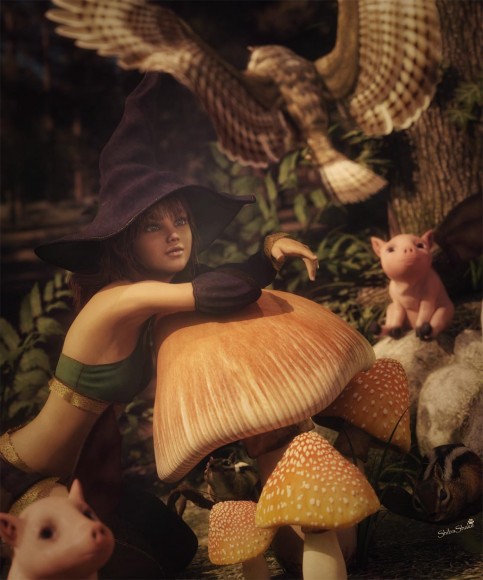 Come join in on the fun!

Congratulations to all the winners of the August Vendor Awesomeness Contest. September is Published Artist month at DAZ3D, so we will be celebrating the vendors here as well. This month we will have double the number of vendors and double the number of prizes! Join us at - http://thinkdrawart.com/contest.

All winners (both rounds) for the September Vendor Awesomeness Contest have been announced! Come check out who won and join in on our October contest.

We had lots of great entries in October, so as a special thank you, we added some extra prizes. Come see all the awesome October images and congratulate our winners.