Since I started with Daz Studio, I have been very happy with the renders that I get. However, I soon started seeing images made with something called Reality and LuxRender in the Daz3d gallery and I was very impressed and intrigued. Naturally, I had many questions.

The short answer is that the Reality plugin and LuxRender are both awesome! 😀

Below is an image that I made with a mix of Daz Studio, Reality, and LuxRender. It surpasses what I can do with just the Daz Studio renderer (3Delight). 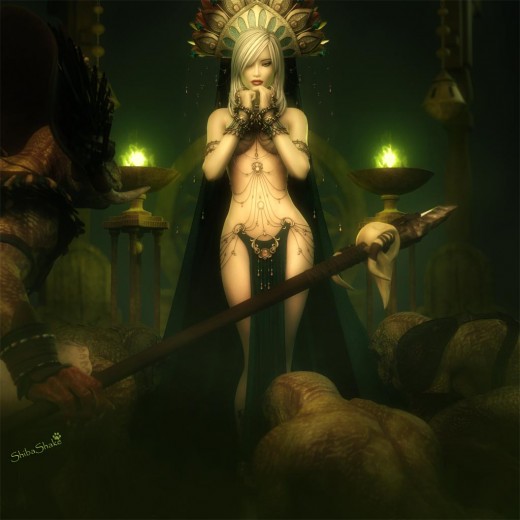 What is Reality and LuxRender

LuxRender is a physically based and unbiased rendering engine. Based on state of the art algorithms, LuxRender simulates the flow of light according to physical equations, thus producing realistic images of photographic quality.
~~[LuxRender.net]

What does this mean compared to the Daz Studio renderer (3Delight)?

One of the key things with Lux is that light bounces are captured, so we can light a scene pretty well with fewer lights. In general, I can light a scene in Lux better and more easily than with 3Delight, because some of the lighting effects that I would need to fake in 3Delight are already handled for me by the renderer in Lux.

This does not mean that all images rendered in Lux will be superior to those rendered in Daz Studio, or that one cannot render great looking images in Daz Studio. However, it does mean that the Lux images that I render almost always turns out looking better than the ones that I get from just Daz Studio alone. I get the best results by using both Lux and 3Delight.

What then is Reality?

Reality is an awesome plugin that allows me to easily import Daz Studio scenes into LuxRender. There is also a version of the Reality plugin available for Poser.

Luxus is another plugin that allows us to render Daz Studio scenes in LuxRender. However, I picked Reality because based on what I have seen – 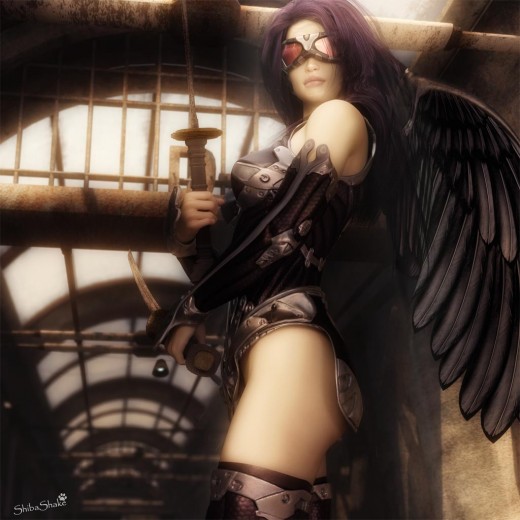 Will Reality + LuxRender Enhance the Images I Create?

Below is a panel of 4 images showing a very simple scene with just a girl in a t-shirt that I created in Daz Studio. I rendered this scene in both Lux and Daz Studio, and created 4 different images.

** For more detail, click on the image to get a larger version. This is the first render that I made using Lux and even with the limited skill that I had here, I already like the Lux version more than the DS version. Her face looks softer and more realistic, and so does her skin.

Below is another quick comparisons. Reality and LuxRender only, no postwork. 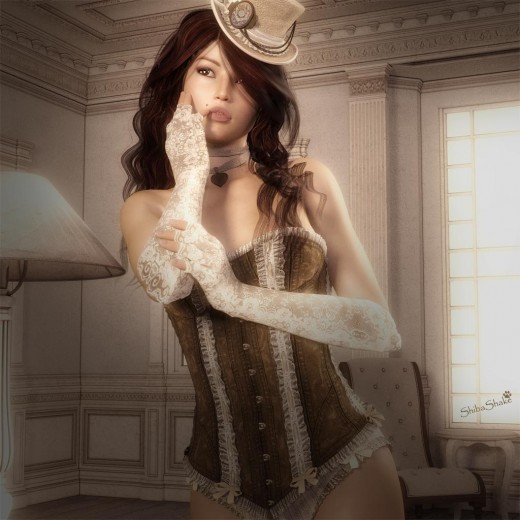 Reality and LuxRender only, with postwork 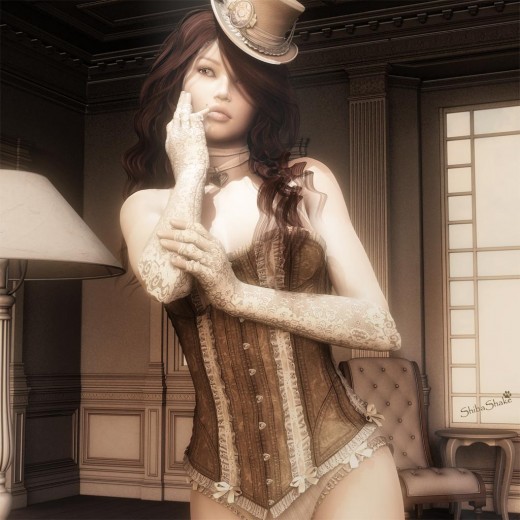 Daz Studio only, with postwork.

Again, her face looks softer and her skin has more detail and better tone.

How Much Work Is Required to Create a Good Render in Lux?

The key work in creating a good render in Lux is in setting up materials and lights.

The good news is that –

In the Dragon Girl scene below, I changed the material of the two dragons to metal, I also changed the trim of her dress to metal, and I changed the pond at her back to water. I needed to do some test renders to set the visibility of the water to something that looked good in the scene, but that was very doable and the results are well worth it. 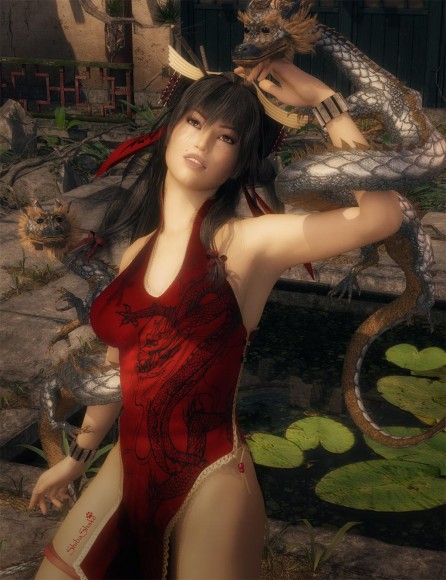 Reality and LuxRender only, with postwork. 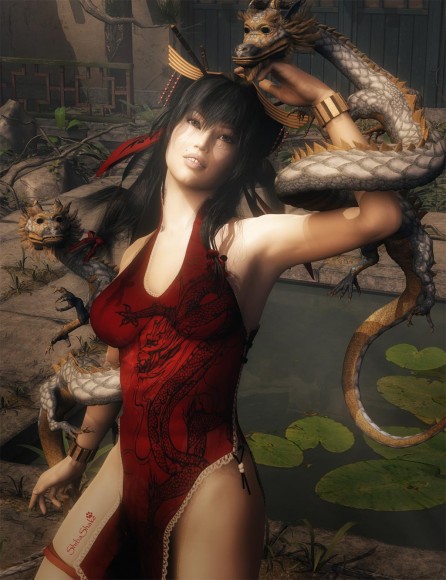 Daz Studio render only, with postwork.

Again, the face and skin of the girl looks better in the LuxRender image. In addition, the background water also looks more realistic .

Some things to look out for –
1. No ambient component in Lux

Unlike in Daz Studio, Lux surfaces have *no* ambient component. Ambient light is used to ‘fake’ global illumination or bounce light. As we know, bounce light is something that is physically modeled in LuxRender, making ambient light and surfaces unnecessary.

To solve this issue,

This will turn off all the light emitter settings for the dragon’s mouth. How to select light emitter surfaces and turn them off in the Materials > Modifiers tabs.

In Daz Studio, ambient shader settings are sometimes also used to achieve glowing surfaces. In this case, we want to leave the light emitter option on, but scale it properly so that it does not overpower our other light sources. In this scene, I had to turn off all the light emitter settings for the dragon’s mouth.

Some characters render with black eyes in Lux no matter what we set the iris color to. This happens because we sometimes fake eye reflection in Daz Studio by putting in a reflection image map on the cornea or eye reflection surface of the character. Lux has true eye reflection of light sources, so these are no longer needed and get in the way.

The very simple fix to this issue is to make sure that all image maps are removed in the cornea and eye reflection surfaces of the character. I click on the wheel icon to edit the texture. Then I set it to Color (instead of image map) and set the color to white. I also set both to glass, and set the IOR value to Human > Eye, Cornea. 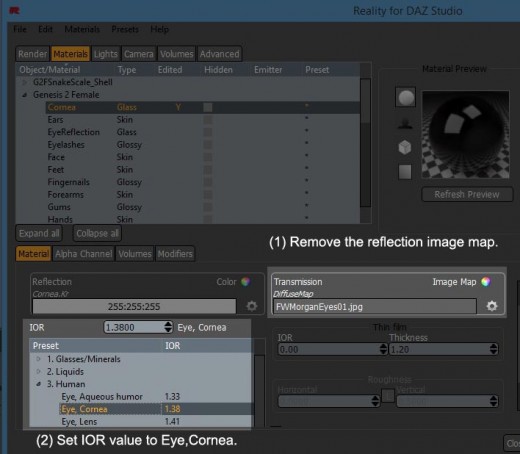 How to set the human cornea surface to remove the black-eye effect. 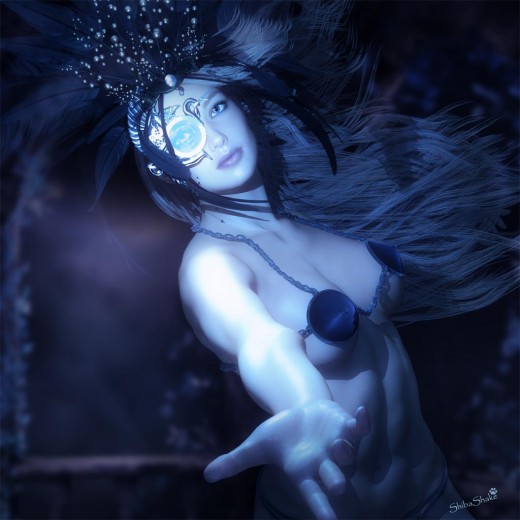 Rendered in Reality + LuxRender, with postwork in Photoshop.

How lights transfer from our Daz Studio scene, will depend a lot on how we light our scenes. There are point light and spot light equivalents in Lux, so those get automatically transferred by the Reality plugin.

There are no ambient lights in Lux, so those either get converted to Mesh Lights if we have that setting checked, or they do not transfer at all. I generally turn off all ambient lights from Daz Studio, because we already have bounce light in Lux.

Things become a bit more complicated when it comes to distant or infinite lights. I make heavy use of these in Daz Studio, partly to help provide more interesting ambient light, and partly to provide shadows. However, the use of infinite lights are discouraged in Reality + Lux because it does not correspond to any type of real light, except for sunlight.

Let me repeat this: never.

Those lights are harsh, unrealistic and can create fireflies and high noise. One Infinite/Distant light is one too much. Two of those are a disaster and three are the render apocalypse.

Combine those lights with others and you have a real mess that will never clear to a satisfactory results.

Infinite/Distant lights are an invention of 3D biased renderers that don’t have any connection with real life. Think about it. With the exception of the Sun, where can you find an Infinite or Distant light in nature?

The key to realism if to replicate lighting conditions that are based in real life, not to apply biased tricks to an unbiased renderer.

In Reality + Lux, I mostly use Mesh Lights to light my figures and indoor scenes. I use the Reality Sun light, together with Mesh lights for outdoor scenes. I am currently learning how to make proper use of Image Based Lights (IBL), so I hope to integrate more of those in the future. 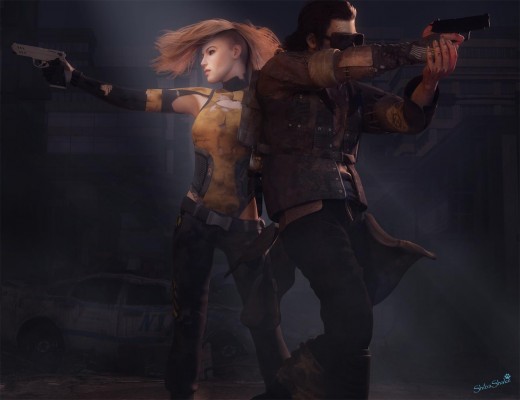 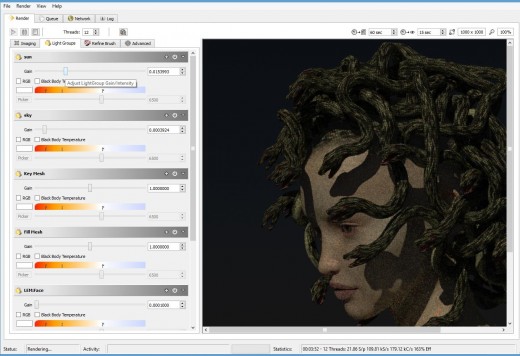 Controlling each of my lights separately in LuxRender by using the Light Groups tab.

My workflow did not change much after integrating Reality and LuxRender. I continued to create scenes the way I usually do in Daz Studio. However, I now pay less attention to the light and material settings within Daz Studio, and spend most of my time in setting these within the Reality plugin.

Once my scene is ready, I do a bunch of quick test renders within Lux, while tweaking lights and materials to get them looking right. Happily, rapid prototyping is still possible because usually, after one or two minutes I have a good enough scene to judge lights and materials.

When I get something that I am happy with, I leave it to render overnight and when I wake up in the morning, it is ready!

I am definitely very happy with the Reality plugin and LuxRender. 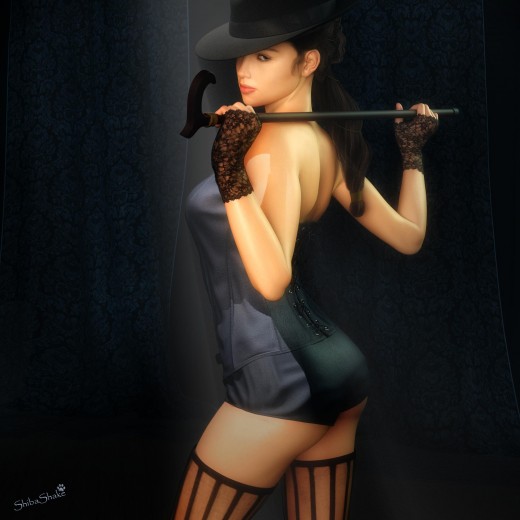 I am definitely very happy with the Reality plugin and LuxRender.